The 7 Korean Beauty Standards For Foreigners

I’ve been to Korea multiple times, and most Koreans expect all the foreigners to look similar. However, that’s not the case at all. In fact, it’s very different. Every time I went to Korea, I’ve noticed that people have a prejudice against foreigners.

Especially if you walk around the bigger cities and shopping malls, the advertising of plastic surgery and perfectly smooth skin is everywhere to be found.

Here below are some Korean beauty standards for foreigners.

Having the perfect skin is something Koreans strive for. Not only in Korea but mostly in Asia, it’s been a huge topic for many years. If you have perfect pale and smooth skin, people will look differently at you.

How weird that sounds, it is actually true. Skincare is becoming so big in Korea that it’s slowly been taking over the world. Most people that think of Korea often think about K-pop or Korean skincare.

It’s one of those two, and in Korea, it’s super important to have smooth pale skin. Koreans will obsess over your skin, and if you don’t fit their standard of beauty, they’ll treat you differently.

It’s not such a big deal these days but still a small issue, luckily it’s not as bad as it used to be. These days skincare is becoming mainstream in Korea, and almost everyone uses it.

There are hundreds of different brands that sell similar products, and you can also find some of these products overseas.

A simple Korean skincare routine would look like this.

These products might not be necessary for everyone. It’s still nice to try out if you haven’t done it before. The Korean skincare products are some of the best ones out there, in my opinion.

Nose jobs in Korea are super popular, and it’s not only for foreigners. It’s also popular for people in Korea. Many people get nose jobs because they don’t like their nose or are insecure about their nose.

Most of the time, it’s because they want the perfect-looking Korean face. There will always be risks when it comes to getting a nose job, but most people think of it as a way to achieve the Korean beauty criteria.

People often will ask me if I’ve gotten a nose job, and since my nose is smaller than your average Asian person’s nose, I get that question all the time.

As you can see, it’s not cheap and not easy to get a nose job in Korea, but Korean people strive for it. If you think about getting a nose job, make sure to get it done by the best doctor.

The plastic surgery industry in Korea is big, and as you can see, there are some Korean beauty standards for foreigners.

Should You Get a Nose Job in Korea?

If you really want to get a nose job and want to get it done by a professional. I do recommend getting it in Korea since the doctors are very experienced and have done it many times before.

It might be a bit more expensive because of the flight and hotel you’re booking. It might be something to think about before deciding to get a nose job in Korea.

Make sure to do some thorough research before going into a clinic because you want to make sure you get it done right the first time, so you don’t have to go back every quarter or year.

Is a Nose Job in Korea Worth It?

Once you get a nose job, you can’t go back, and it will be like that forever. Another thing is that it takes months of recovery before you can actually go out looking like you want again.

The Risks of Getting a Nose Job in Korea

Having pale skin in Korea is something everyone strives for. It’s becoming so mainstream that people even use skin whitening products to get pale skin.

Some people are born with it, while others will never achieve it without whitening products. If you’ve been to Korea once, you’ll definitely notice that many people use umbrella’s in the summer.

This is because of the sunshine that gives people a tan. They don’t want to get a tan and often use lots of SPF (sunscreen).

If you’ve ever watched a Korean drama or K-pop music video, you’ll notice quickly how pale the idols are. This is a Korean beauty standard that has become mainstream and slowly becoming part of the Korean culture.

Keep in mind that these are very unrealistic beauty standards. However, within Korea itself, they do look up to these idols and want the same complexion as them. You’ll notice this by how many people use whitening products on a daily basis.

Double eyelids are huge in Korea. Normally people have monolids or double lids, but since the majority of people in Korea find double lids more attractive, it’s has become the norm.

Big and cute eyes are what everyone wants, and people spend hours applying makeup to achieve this look. It has been known that young Korean girls get double eyelid surgery as a gift for graduation.

This might sound absurd to you, but it’s is actually true. People that graduate high school or university often get surgery as a reward.

In Korea, this is completely normal, while if you compare it to other countries, people will look weird at you for even getting plastic surgery.

A V-Shaped jaw is also a huge Korean beauty standard. People get facial bone contouring surgeries to achieve a V-shaped jaw. They think that it looks better and more symmetric.

Having a jawline and V-shaped jaw will put you in small categories of people in Korea. It’s not something that many people have, and that’s the reason why they get plastic surgery.

Another reason why people get it is that it makes a face look smaller. Many Korean idols have a V-shaped jaw, and it’s like a jaw and chin reduction.

If you’ve ever been to a Korean surgery clinic before, they’ll photoshop the photo’s for you. You will be able to see how it looks after the surgery, and many people like this because you can immediately see the end results right in front of your eyes.

Having a small face in Korea will make you more appealing to most people. People in Korea often compare their hands to their face size. It’s something that has been becoming more and more popular.

The reason why people want a small face is that it looks cuter and more attractive to them. You’ve probably never heard about this, but it’s actually a thing.

Having big rounded eyes will also make you more attractive in Korea. Many people like having big eyes because it looks cute. Especially for Korean girls, people prefer it.

Most people in Asian countries don’t have big rounded eyes, and that’s why it’s so uncommon. Therefore the reason why people love it, it makes them look different from other people.

However, since it has become a “standard,” I think it’s completely unnecessary to have it. People get surgeries only to get big rounded eyes while there wasn’t anything wrong with their eyes before.

Here below are some frequently asked questions about Korea and Korean beauty standards for foreigners.

Yes, Korean people love foreigners. They’re curious and interested in you because they never get a chance to meet foreigners aside from tourists.

This is why if a foreigner went to Korea as an exchange student or anything similar, they would have Korean friends right away. Not only Koreans like them but also other people who want to learn English do!

You might have to put yourself out there to meet them, but they are out there. Just be patient and outgoing! You will have friends in no time.

Having a mustache or beard, having a big nose, being chubby. This might sound weird, but it’s actually something that people consider unattractive in Korea.

How Strict Are Korean Beauty Standards?

Not as strict as you think! The majority of people you don’t know won’t care about your looks. However, if you’re in a friend group that does care about it a lot, you’ll notice it very quickly.

Generally speaking, most people don’t care about your looks and aren’t even interested in your looks. As long as you have a good personality and act nice, you’ll be fine.

Even though it seems like Koreans are very concerned with appearances, they’re a lot less prideful about it than people in other countries might think.

Is South Korea Friendly to Foreigners?

Yes, South Korea is very friendly towards foreigners. If you go to an international school, you will immediately find out that almost everyone is very nice to each other.

They love meeting new people, and they’re also very curious. Not only that, but South Korean food is very delicious, and it’s something you should try with your classmates when you come to Korea!

At the end of the day, these are just standards that people strive for. It’s not something you need to have, or you won’t fit in. So luckily, you don’t have to care about how you look or if you fit into the Korean beauty standards.

As long as you have a good time in Korea, you should be fine. Try to make as many friends as possible and try out different kinds of foods. 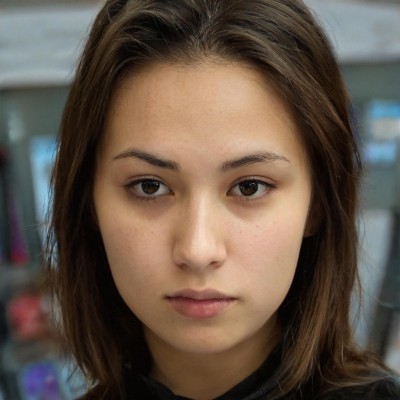 Hi, I'm Chung-Ae. I love Korean skincare products and Kpop! My favorite Korean beauty brands are Innisfree and Etude House because they offer a lot of affordable products with good quality ingredients.

Korean fashion has exploded within the last decade. This is due to things like K-pop culture and dramas making waves throughout the world. It is a growing trend with a…

Are you thinking about buying Korean skincare or Western skincare? Don’t know which one is better? Korean skincare does tend to be better than Western versions. However, just because it…

I can give you a rough estimate of the money I spent on Korean lip balms just this month. $30 on a lip balm that “promised” to keep my lips…

Finding the best Korean skincare routine for oily skin can be quite tricky. Researching, buying, and testing the products, but does it even work? Korean skincare has been known to…

Have you always wondered why the Korean age is different? It’s not like the international system where people are considered X months old. In Korea, it’s different, and this goes…

As an Amazon Associate I earn from qualifying purchases.